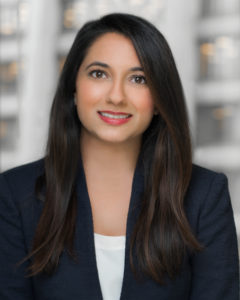 Ms. Nesbitt received her law degree with honors from The John Marshall Law School in June 2016. During law school, she was the recipient of a CALI Award for Contracts, and received the highest grade in her class in Legal Writing II and Client Interviewing & Counseling.  She was also a member of The John Marshall Law Review and was an Octo-finalist in the National Moot Court Competition in Child Welfare & Adoption Law.  Ms. Nesbitt received her B.S. from Purdue University, where she earned the 2009 Donald R. Ottinger Award for Excellence in Research.