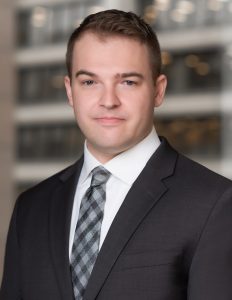 Mitchell R. Seldal is an Associate Attorney at Brennan Burtker who joined the firm in December 2021. His practice is concentrated in civil litigation with an emphasis on medical malpractice defense.

Mr. Seldal received his J.D. from The Pennsylvania State University, Penn State Law, in May 2021. During law school, Mr. Seldal was an editor for the Penn State Law Review, and he earned the CALI Award for Excellence in Intro to Health Law. Additionally, Mr. Seldal externed for Hon. William I. Arbuckle, U.S.M.J., in the United States District Court for the Middle District of Pennsylvania. He is also a graduate of the University of Nebraska where he received his bachelor’s degree.